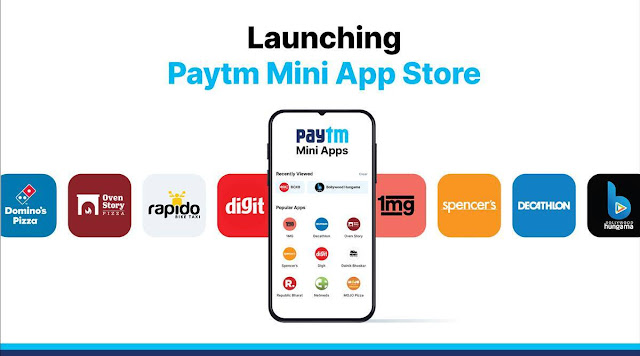 Digital payments firm Paytm has launched a mini-app store to support Indian developers, in a direct challenge to Google’s dominance in the space.

The launch of the store follows the payment app being temporarily removed from Google’s Play Store on 18 September for violating developer guidelines on real-money gaming.

While the removal of the app may be a trigger, Paytm’s move is perhaps a direct fallout of Google mandating that developers listed on its Play Store use its billing service. Google levies a 30% commission on any transaction made for a digital product or service through its in-app billing system.

Paytm said the mini-app store will help developers take their products to the masses and is providing listing and distribution of these mini-apps within its app. Rival PhonePe launched its in-app platform in June 2018 and rebranded it to PhonePe Switch in October 2019.

Last week, startup founders such as Paytm’s Vijay Shekhar Sharma and Razorpay’s Harshil Mathur, along with 50 other founders, discussed the possibility of building an Indian app store to challenge Google.

In a separate move, industry body Internet and Mobile Association of India (Iamai), which has many startups as members, sought a collective strategy to tackle the issue. In a note on 29 September, Iamai said it is seeking a meeting with its founder members to understand their concerns and to resolve them.

“Just because Google owns the gate and the gateway to the digital ecosystem of this country, they should not act arbitrarily and enforce their rules and regulations that are contrary to our country’s laws,” said Vishwas Patel, founder of CCAvenue and chairman of Payments Council of India and a member of Iamai. “Google’s stand in courts is that it does not need RBI authorization as it is not a payment system operator and, here, it is mandating that Indian apps use only Google’s proprietary billing and payment systems. Google should not exercise its dominant position, rather allow a level-playing field for everyone,” he added.

The government is reportedly planning to make the Mobile Seva app store mandatory on all smartphones. Paytm recently listed on the store, which mostly has government apps.