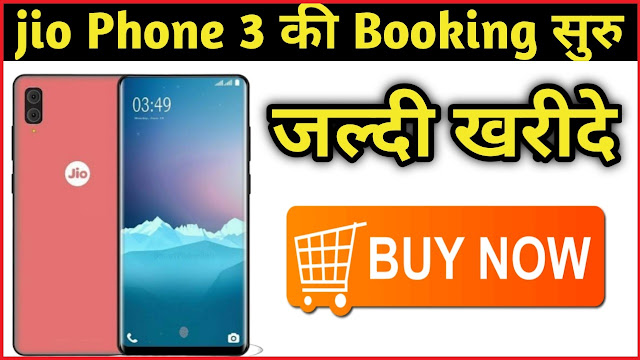 As all you Guy know that the Technology was Developing so fast. In the rapid increase of  Technology there were a lot of demand of Smartphone, specially 5G network & it’s smartphone. And in this, India’s largest Company on Telecom JIO has launching it’s 5G & 4G smartphone. In the 44th Reliance AGM is scheduled for June 24. Rumours suggest that Jio will unveil its 5G services, new Jio Phone named “Jio Phone 3” and a laptop on the same day.JIO was a huge TELECOM Company which defeated Airtel in war of highest Users.And JIO  has the highest users in INDIA  340million+  & after the news of 5G phone the users of JIO were gaining rapidly. So, we decided to detail everything we know so far about the upcoming Jio Phone 5G,Specs, Price, Release date, etc.

In the Earlier the JIO launched a phone “Jio phone” with 4G volte and firstly it was gived free to Every Indian on Bhamashah Card & it was paid on the shops.Similarly the cost of Jio phone 3 is so cheap approximately 1,999- 4,999 but this phone was not free . And due to his cheap price this will became a Revolutionary 5G smartphone in INDIA. And make it so cheap to make it affordable to all the Indian citizen so they can purchase them

On 24 June,2021 there was a 44th Reliance AGM is scheduled for June 24. Rumours suggest that Jio will unveil its 5G services, new Jio Phone 3. But we found unofficially that JIO will launch it’s Jio Phone 3 on 27th July,2021. This new was not fix but it’s also 90% sure that RELIANCE release on 27th June. And this was a great new for all Indians.