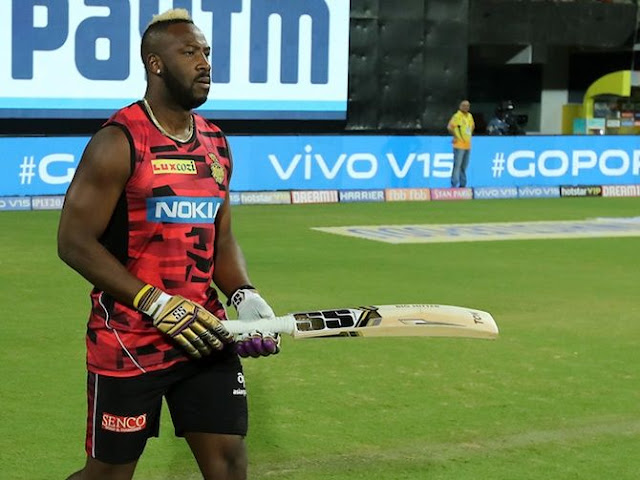 Ahead of the commencement of the new Indian Premier League (IPL 2021) season, Kolkata Knight Riders batsman Andre Russell showed a glimpse of how he would want the upcoming season to pan out. During an intra-squad match at the DY Patil Stadium in Mumbai, one of Russell’s shots forced former skipper Dinesh Karthik to take evasive action.

In a video uploaded by the official Twitter handle of the Kolkata franchise on Saturday night, Russell was seen facing a pacer with Karthik at the non-striker’s end. The explosive Windies batsman stayed rooted to his crease and smacked the ball right past the bowler and almost took out his own teammate in the process.

Karthik showed great reflexes to jump sideways and get out of the ball’s path. He got back and up and completed the run.